On Stage at the Viper Room 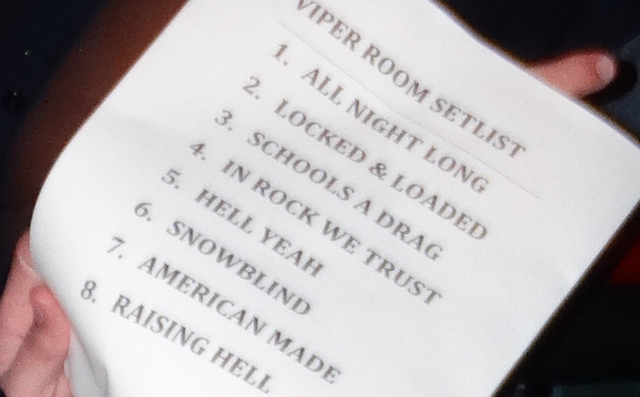 Made ‘n’ America is taking their growing list of original music to the stage to gauge audience reaction. While working in the studio and writing new material, the band is preparing to cut rough demo material and to select the tracks that will appear on the band’s debut release, rumored to be titled “In Rock We Trust.”

Frontman, key songwriter and band founder Dave Keckhut shares, “I’m talking to NRG Studios about recording our first album, and Jon E. Love has expressed interest in producing it. In the end, I want to bring at least a half dozen solid songs that express what the band is about and to deliver our fans something they’ll really enjoy having and listening to.”

Handle Records will continue to update you on the band and the forthcoming album, log on and join the mailing list today to receive the news first, before it goes online. Visit the band on Facebook and follow them on their official website at http://made-n-americarocks.com to stay up to date on the latest information, show schedules and social media posts.